A few months ago I had the opportunity to participate in something called a fox hunt with the Binghamton Amateur Radio Association. A fox hunt is also known as a hidden transmitter hunt. The way it works is this: a transmitter is hidden and people are given the freqency and tasked with finding the transmitter based on radio signal strength. This is usually accomplished by using a directional antenna, such as a yagi antenna.

Prior to the hunt, BARA offered a class where we made directional yagi antennas out of cheap, simple materials like PVC pipe and tape measure (see pictures below). 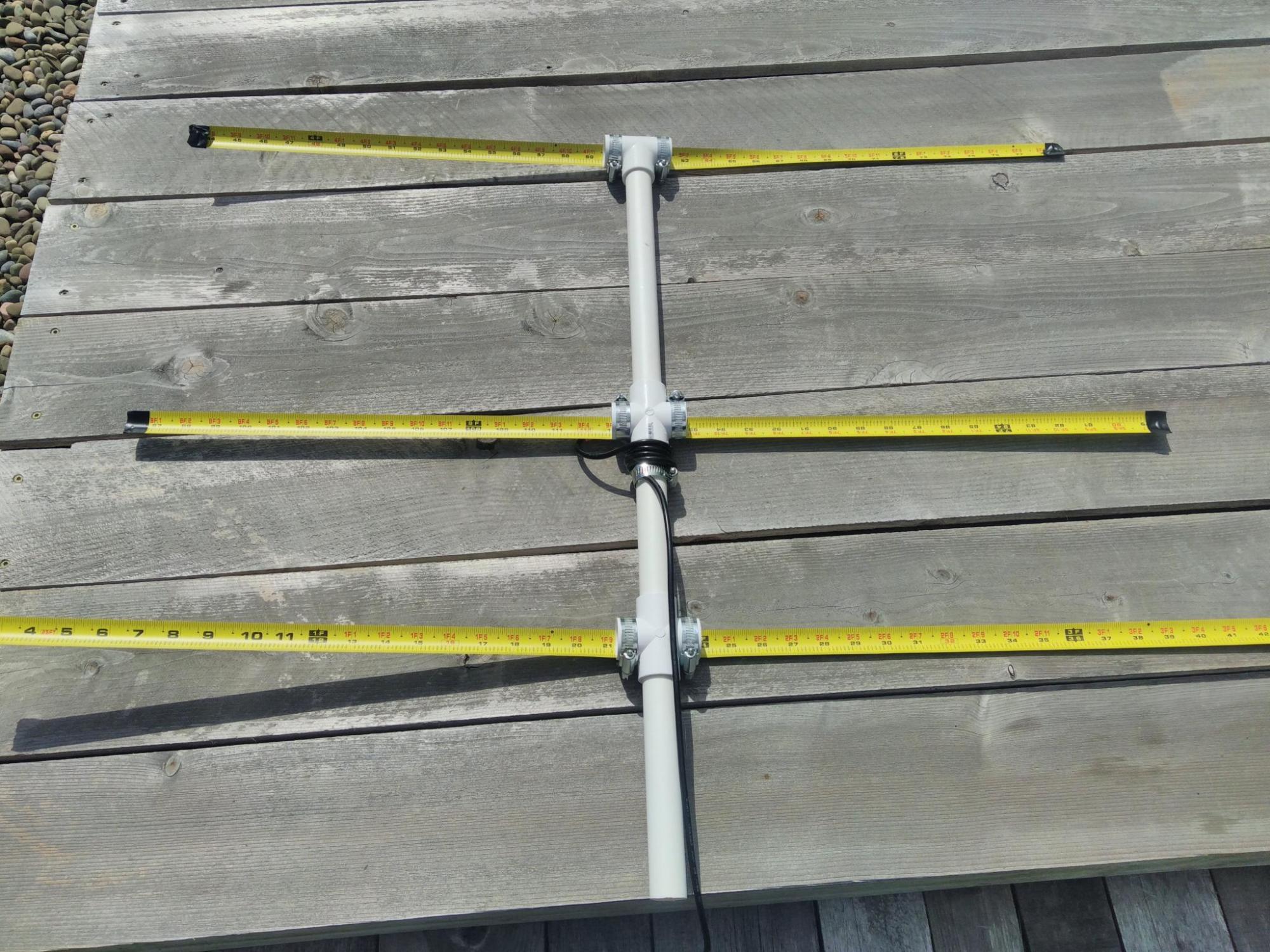 This Yagi antenna is directional, meaning it picks up a signal best when it is pointed at the source. I used a radio with an “s” meter (signal strength meter) so that I could visually observe and measure signal strength of the hidden fox (transmitter).

I started at my house and moved my antenna in all directions, listening on a particular frequency. I didn’t hear anything so I decided to drive to the Oakdale mall and see if I could hear anything there. At the mall, when my antenna was pointed towards Endicott I could hear a medium signal (S5), so the next step was to drive towards Endicott where I was hearing the signal.

The idea is to get at least 2 places where you can point the antenna and “shoot a bearing” (get a compass direction) and then where these two imaginary lines intersect on a map is probably close to where the hidden transmitter is located. This is similar to how triangulation and GPS works.

Driving towards Endicott on Watson Blvd, I stopped to shoot a bearing at the Polar Driving Range. I was getting an extremely strong (S9) signal reading there, so the transmitter must be close by. It turned out, the hidden transmitter was located at the Elk’s club on Watson Blvd. 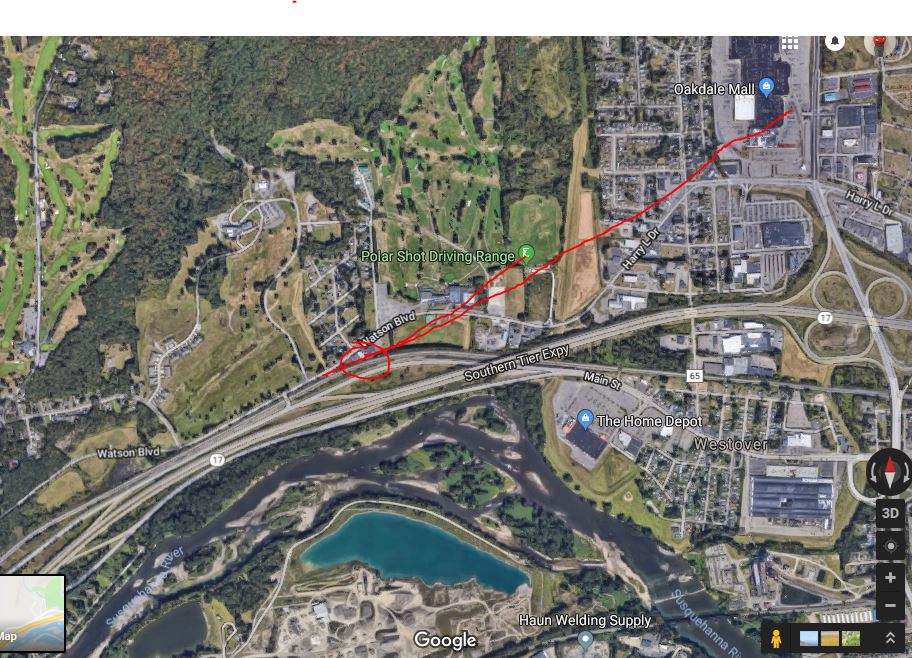 Fox hunts are a great way to develop skills in orienteering and can be useful for search and rescue operations! I’m looking forward to my next fox hunt! These skills will also come in handy on my future high altitude balloon project to track the balloon using aprs and hopefully recover it based on signal strength at the landing site.